Locations in the Witcher 3 Wild Hunt feature an open and dynamic world, with areas to explore at will. The world is divided up into different regions which each have their own sets of locations within them. Once each location is explored or unlocked through natural progression, they can then be traveled to by fast travel. Areas within each region can be reached by foot or via Roach on horseback. It is estimated to take nearly 10 minutes in real time to ride across the entire map on horseback. Below is the list of known areas in the base game. See Blood and Wine Locations for locations added with the Blood and Wine expansion.

The Witcher 3 is divided into these large regions which are then broken up into different sub-regions and locations. These different locations can have various buildings, NPCs, and other points of interest that could provide services, quests, skills, rewards, and loot.

The World Map in Witcher 3 is comprised of a number of sectioned regions that will each have their own map. Players may reference the map when searching for points of interest or service locations in the area. 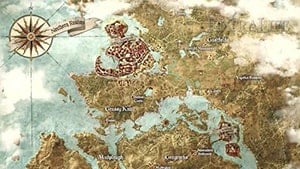 One of the main means of cross-region traveling is on horseback with Roach. He will be able to quickly cover large terrains while avoiding hostile encounters and small obstacles. Roach cannot be lost while traveling on foot. Even while Geralt travels on his own, Roach can be accessed at almost any location by calling him. Any other wild horse encountered in the overworld can also be mounted. On horseback, players will have different speed options allowing him to Canter or Gallop. These quicker speeds can be upkept for a period of time, but may drain your horse stamina, forcing him to eventually slow down. 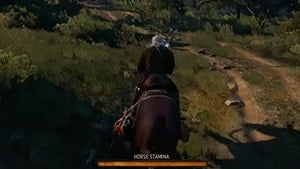 Fast Travel is new a feature in the Witcher 3 that requires players to reach a signpost to be able to fast travel to other Signpost Locations. Witcher 3 is the first title in the series to allow fast traveling. In this game, Fast-travel Signposts are spread out in each region are usually found around the outskirts of each notable area. Interact with these signposts to access the world map which will then display all previously discovered regions and their signposts and which Locations are currently accessible to fast travel to. This will allow you to travel to other discovered signposts. These signposts are also indicated on the map with a

Fast traveling is not limited to the sign post locations when they are not in range such as on open water. If traveling on open water, playesr can then open their map and choose an unlocked harbour to travel to.

Traveling in the Witcher 3

In Witcher 3, players will start their journey on foot and are introduced to Roach, your horse, after the early introductions of the game. Most of traveling within smaller villages or communities will be explored on foot in order to reach indoor spots and areas and avoid running into other characters or obstacles.

Long distance traveling can be covered on horseback with Roach, who can quickly cover large distances with two different speeds and hop over smaller obstacles such as fences, which is best when traveling town to town or when trying to avoid unnecessary combat encounters in hostile territory. 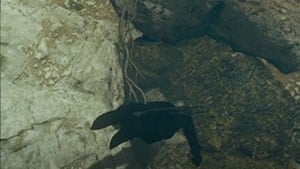 On water, Geralt is also able to swim and dive to cross smaller bodies of water or to obtain items underwater. The time underwater is limited and can be measured by the Breath bar that pops up as soon as you dive. A low breath bar will force Geralt to surface. Remaining underwater will result eventually result in death. If you find a boat, Geralt may also hop on and take the Helm by interacting with it to take control of the boat and travel across water 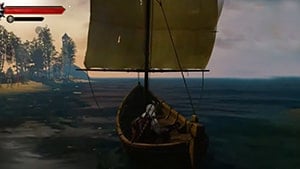 All Locations in Witcher 3

Wide open roaming across regions is unspoiled by load times. Landscapes dotted with Points of Interest tempt players to venture off beaten paths in search of possible adventure. Players explore without interruption, encountering no barriers, choosing different means of travel to reach their destination. This whole new approach to exploration means players can vault over barriers, swim through rapids, ride a horse across the dangerous No Man’s Land, run through Novigrad’s narrow streets, or sail under a full moon amidst the Skellige Islands. The world provides an unprecedented feeling of open space and freedom, taking 40 minutes to traverse on horseback end to end. Players can stand atop a mountain, 1200 meters above sea level, breathless as they ponder the distant abyss and wind-swept isles, their look and feel rendered flawlessly. Along with this players will also be able to use the quick travel mechanic in order to move about in a quicker fashion after arriving at new destinations.

A world that lives with or without you

Player actions, whatever their apparent weight, elicit reactions. This principle extends to the new in game economic system, with the price of goods varying based on the surrounding conditions or their place of origin versus Geralt’s current whereabouts in the world: the price of fish will differ depending on the distance from water, a village of trappers and hunters will have many tanneries and leather workers, affecting the price of crafting components and armor.

Left to itself, the world continues living:

A continent to Discover

The world of The Witcher 3 is vast and continuous, yet diverse, with each of its lands distinguishable by a unique feel inspired by different sources and cultural references: