Combat in The Witcher: Poetry in motion

The new combat system in The Witcher 3 has been redesigned in order to combine traditional RPG elements with the speed and precision of a dedicated fighting game. Smooth and responsive, the system gives players full control of Geralt's blade, challenging them to match their reflexes against those of a master swordsman. They will feel what it's like to be a true witcher, the ultimate monster slayer. Players familiar with the combat mechanics in The Witcher 2 will find that every aspect of the skirmish is now approached with a fresh perspective, expanded and polished to shine, while still retaining the spirit known from the previous game.

When combined, these attacks kill more efficiently, challenging players to experiment, think creatively and devise new tactics.
An introduction to the basics of combat can be found .

Through a series of new features, players can merge their skills with Geralt's developing combat acumen:

Enemies in The Witcher 3: Wild Hunt are divided into three categories, or ranges:

Use your brain, they'll use theirs 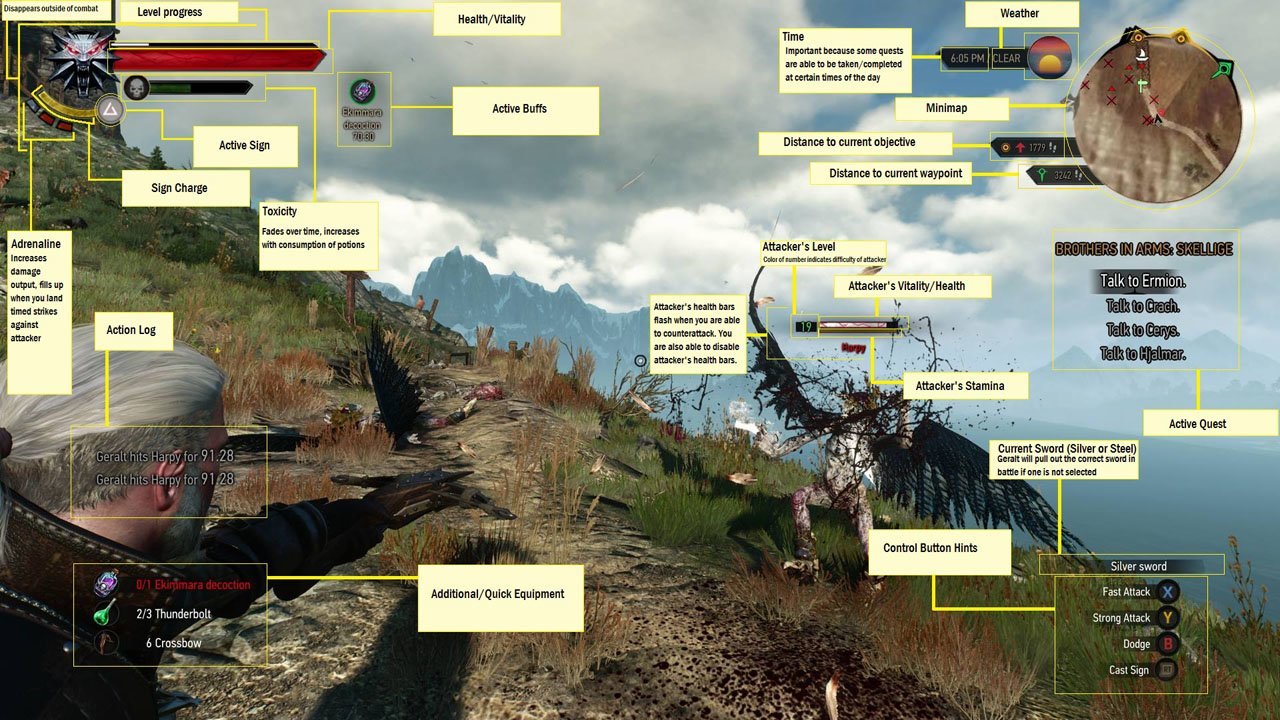