The Wolf School Gear is the Fifth gear set Geralt can find, the quest was added in the DLC 10.
You can buy maps from Lindenvale merchant, Hattori, Kaer Trolde armorer, Kaeir Muire smith, armorer in Novigrad main square or just find places of treasure hunts in Kaer Morhen.

1) First Station, Bastion.
Bastion is a ruins place where Geralt himself was trained as a boy. Geralt will find the remains of Varian by using the Witchers sense here and trigger the Wolf School Gear story line. 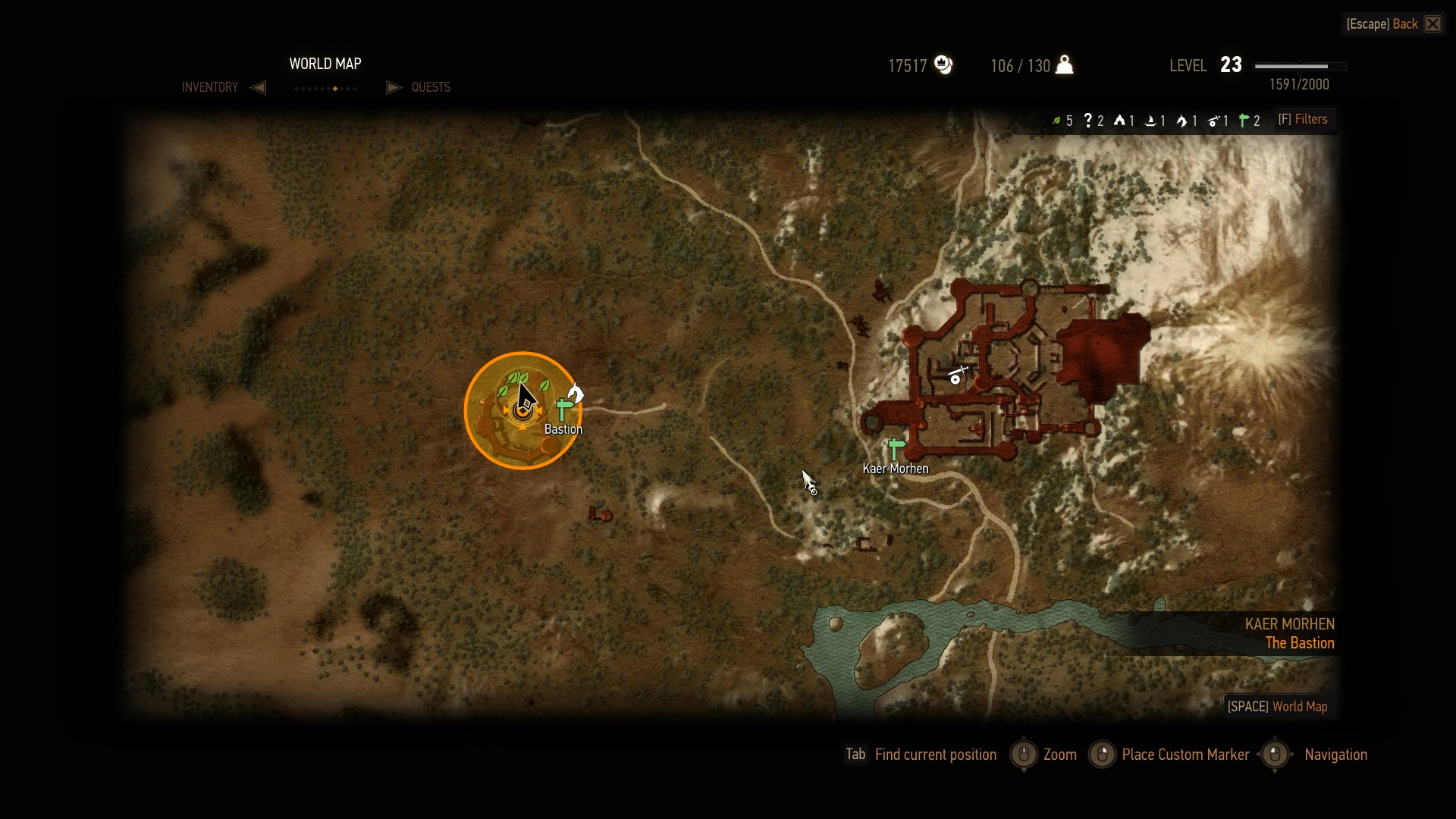 2) Read Varin`s Journal
According to this Journal. Geralt find out there were total 4 person involved with the Wolf School Gear. 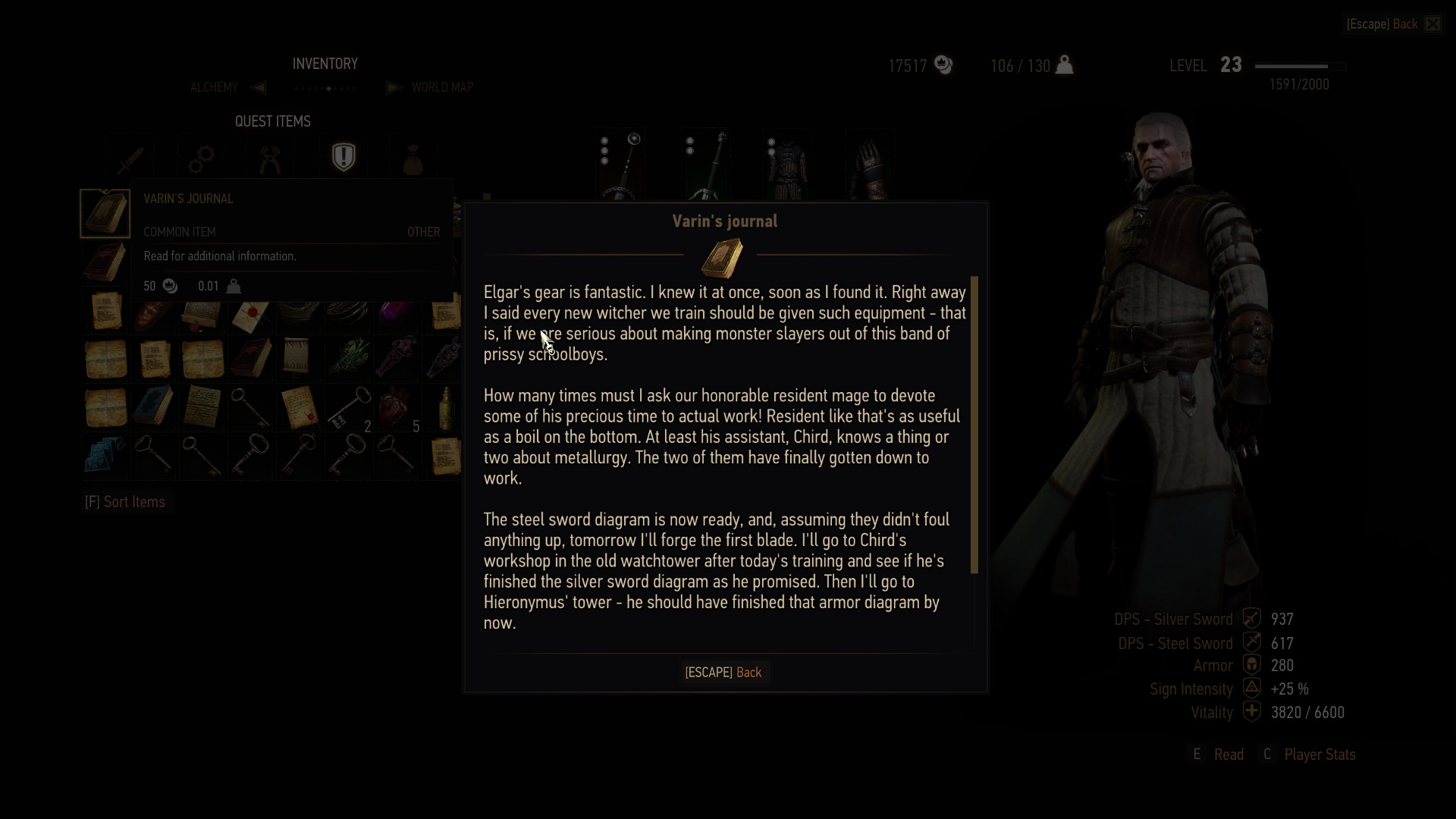 3) Search the Ruins of Signal Tower near Kaer Morhen/ Hieronymus`s Lead
However, please be triple careful when you walk on the road to Signal Tower, it is really easy for you to fall over the cliff. There are some Harpy-like monsters near the tower, shoot them down and carefully finish them.
You don`t want to rush into the warm upper air of Kaer Morhen like I did.

Geralt found he need to reactive two portals in the signal tower to tracked Hieronymus down. Using The Witchers sense, Geralt can easily spot whose two portals. 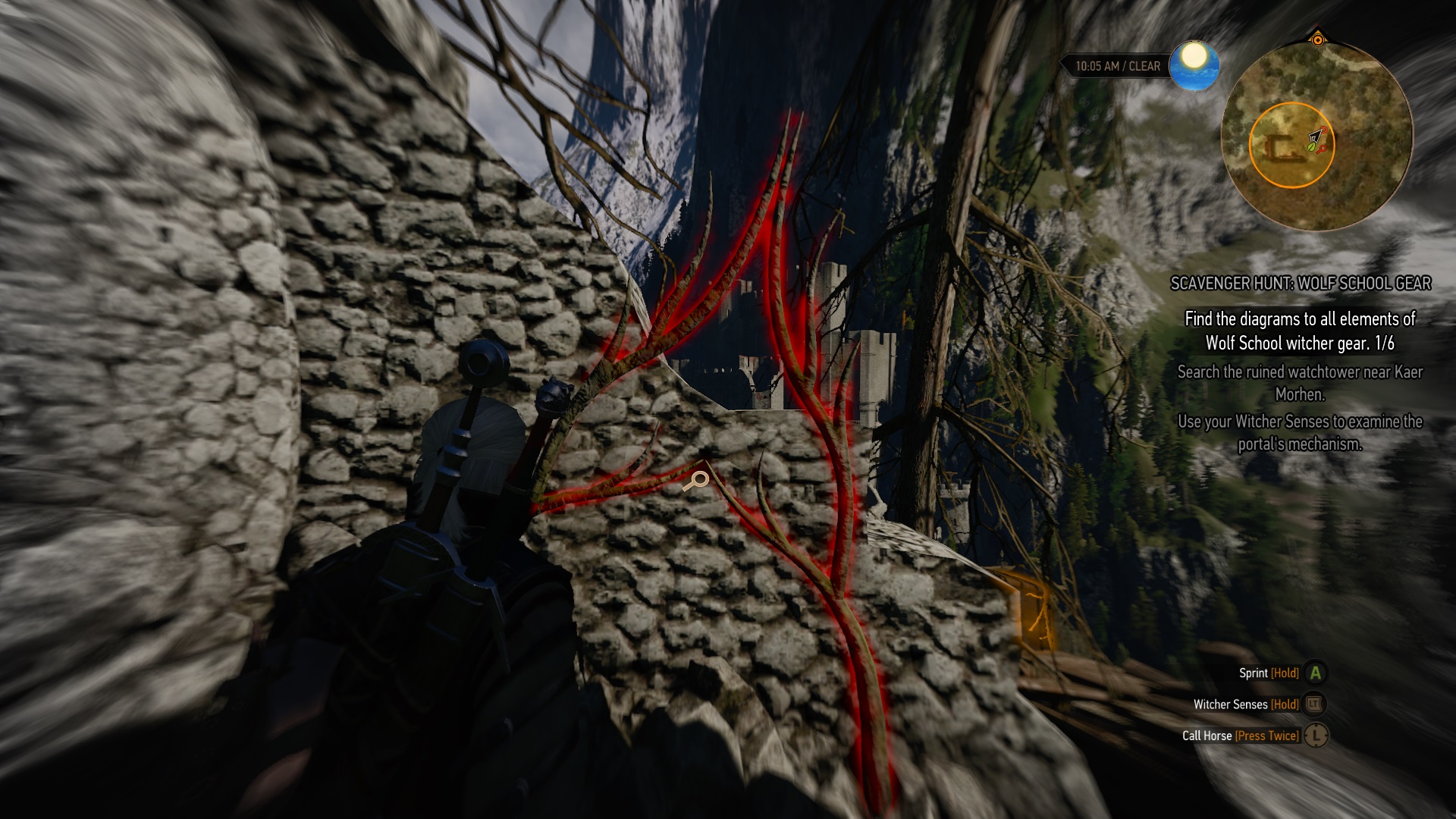 From Hieronymus final writing, Geralt learns that he was chased by angry mobs and force to jump into an unstable portal. And Hieronymus the mage died because of that dangerous action. 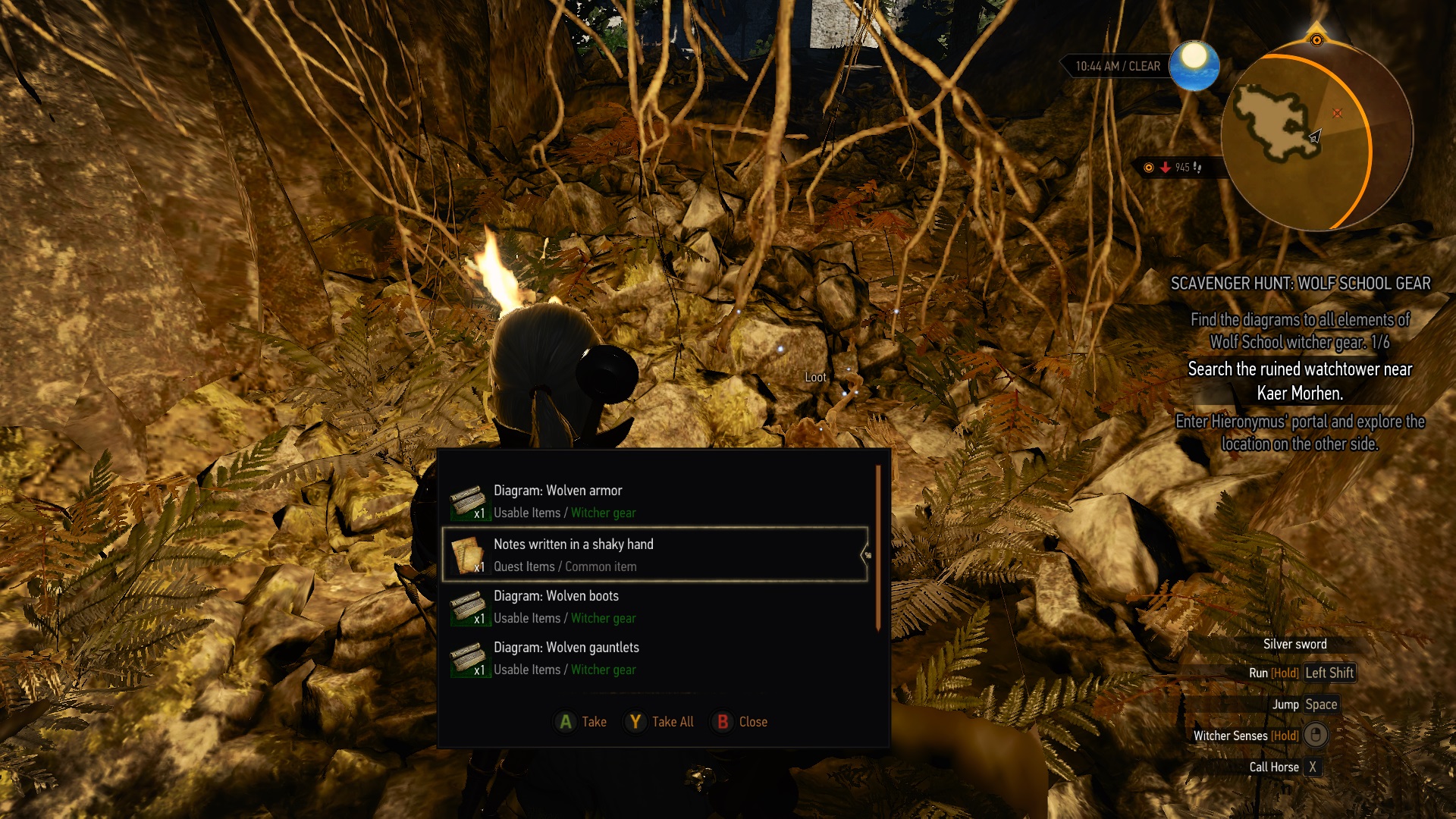 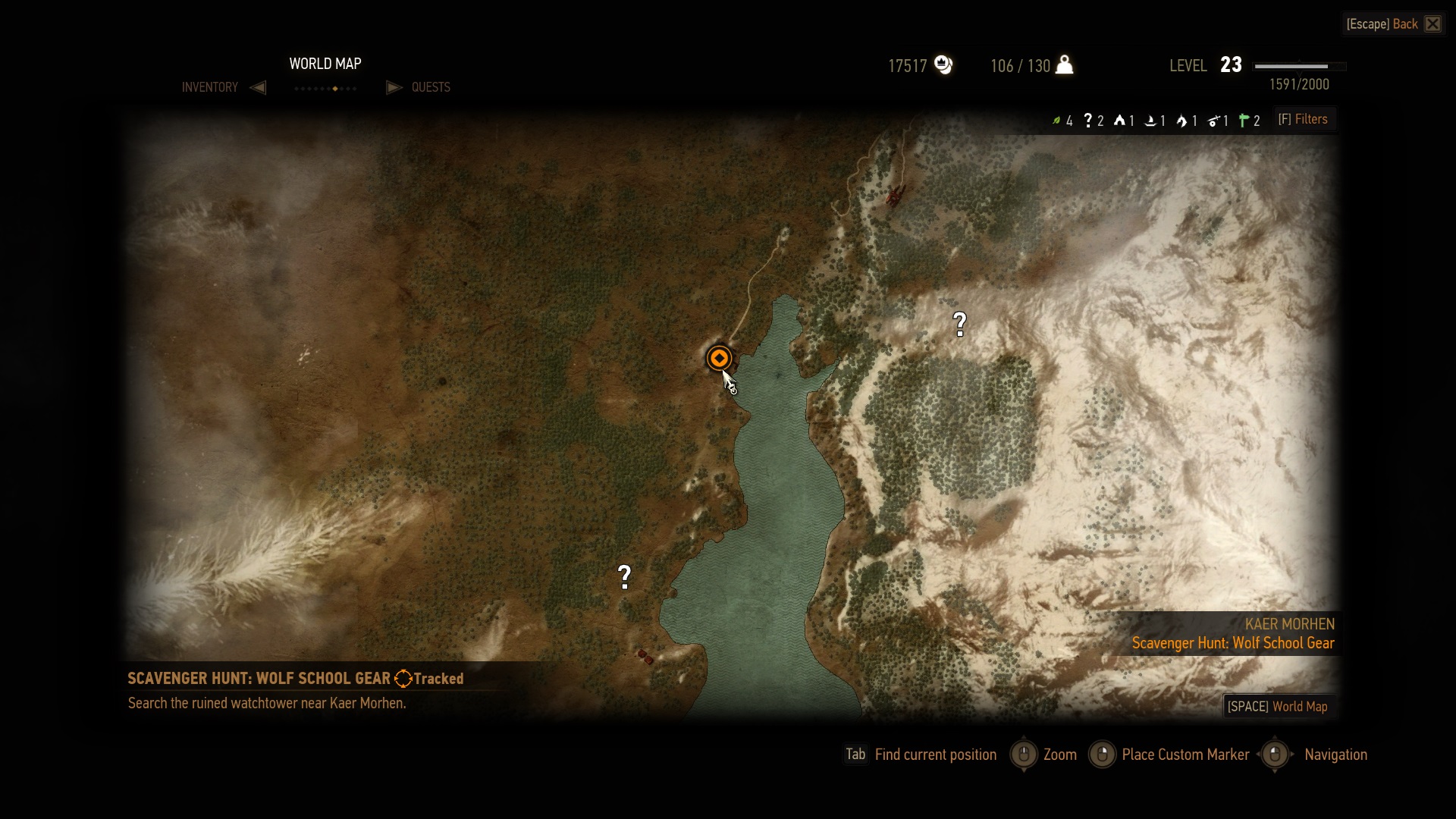 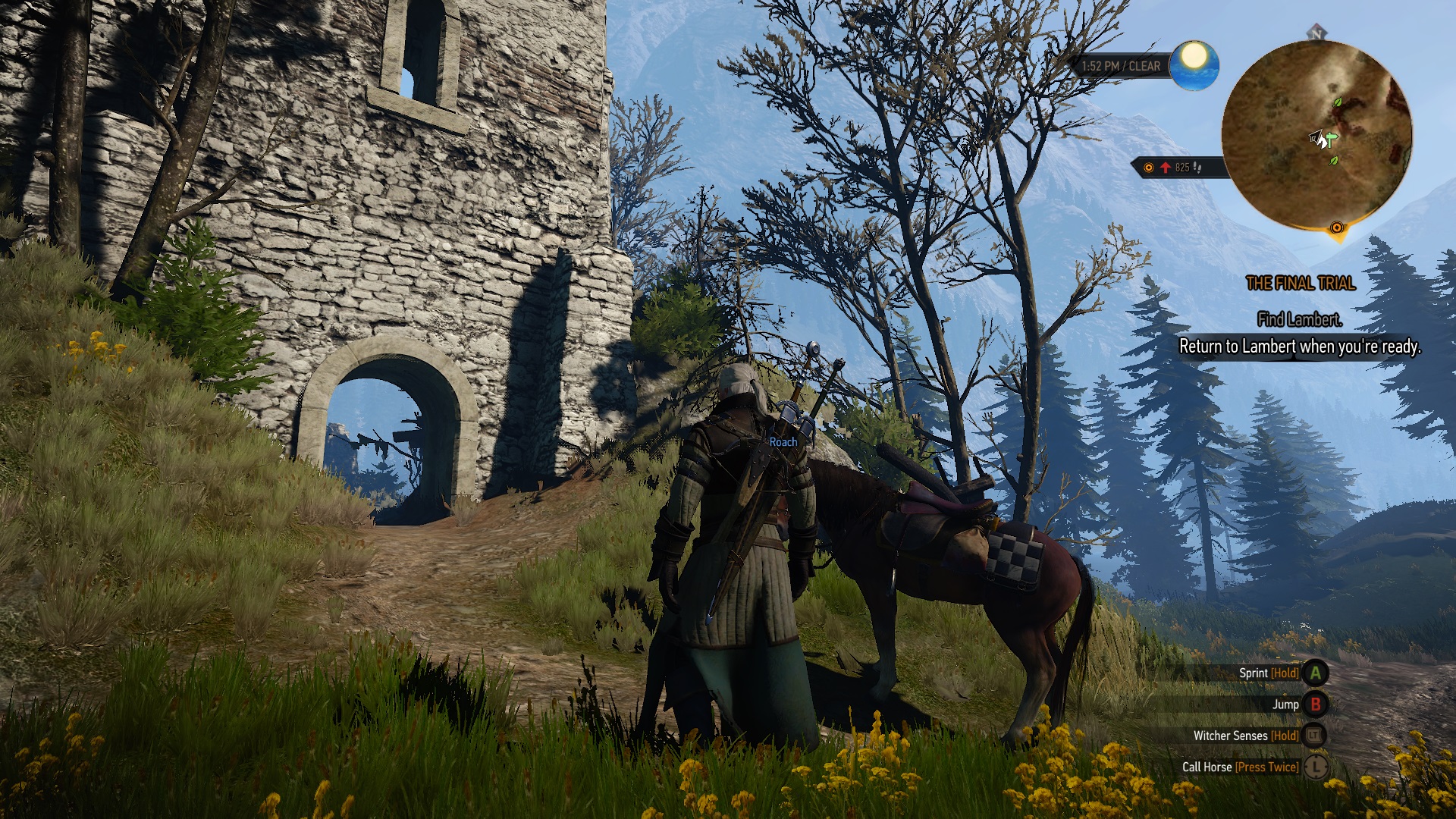 From Chird`s journal, Geralt learned that he was also attacked by the mobs like his teacher. What`s more interesting to Geralt is that the diagrams of Wolf School Gear he collected isn`t the best Elgar Desgin. There is more…