Endings or Endings Guide for The Witcher 3 Wild Hunt are different conclusions of the game that depends on the player's actions/choices made throughout a completed playthrough.. The game features a complex decision making process that will affect the world state and progression that will depend on the player's choices/actions made throughout a completed playthrough. For the Blood and Wine expansion, see the Blood and Wine Endings Guide.

Each ending in The Witcher 3: Wild Hunt are defined by the actions you make and the outcome of the story largely depends on three key missions namely, Battle Preparations, Blood on the Battlefield, and Final Preparations. Your choices when interacting with Ciri during these three missions are the key points in some of the endings in the game. There are also different character endings in the game depending on the interactions you've made with some of the NPCs, and some of the Secondary Quests you've unlocked while playing through the main story.

The Fate of Geralt of Rivia

There are three endings available for Geralt at the end of The Witcher 3, but this will only apply if you did not get the bad ending which is where Ciri dies.

The Leader of the North and Skellige Isles

Based on the choices you've made throughout the game, there are multiple possible rulers of both the North and Skellige Isles ath the conclusion of The Witcher 3. The quests involved for these ending are coming from A Deadly Plot, Reason of State, Clan an Craite, and King's Gambit. These are the quests that will trigger the rulers of the North and on Skellige Isles. Click on the tabs below to view the possible rulers, as well as the choices you need to make during quests that you partake in.

The Witcher 3: Wild Hunt - How to get all Endings Video Guide by /AFGuidesHD/.

The Witcher 3 All Endings 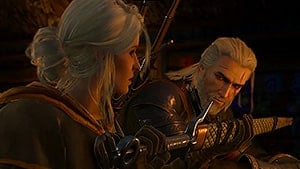 For this ending, it is important that you've made more positive choices in your playthrough in relation to Ciri, and that you did not go see the Emperor during the Blood on the Battlefield.

In this ending, Ciri survives her encounter with the White Frost. Geralt then visits Emhyr Var Emreis and tells him that Ciri sacrificed herself during the last battle in order to save the world and prevent the White Frost from consuming the land. He then travels to the former garrison outpost in White Orchard where he receives special silver sword crafted by a hired blacksmith. Then Geralt makes his way back to the White Orchard Inn, where he meets Ciri again and gives her the sword, indicating that Ciri is now a full-fledged Witcher, and is now ready to begin her life of adventure. 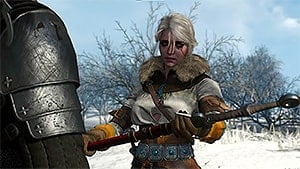 For this ending, you need to have made more positive choices in your playthrough in relation to Ciri. It is important that during Blood on the Battlefield, you go and see the Emperor, he will then attempt to pay you for bringing Ciri to him. You have to choose to refuse the payment in order for Ciri to be proud of you and result in a positive ending.

In this ending, Ciri survives her encounter with the White Frost. Once you've met up with Ciri again, the two of you will begin a series of brief but important father-daughter activities, as well as some light conversations. Once the two of you have returned to the inn, a group of Nilfgaardian soldiers are waiting to escort Ciri back to the palace. Ciri then tells you that she previously spoke to her father and that she realized that she could only change the world for the better by taking the throne of Nilfguard. The two of you part ways after saying farewell in tears, knowing that you will cross paths again. 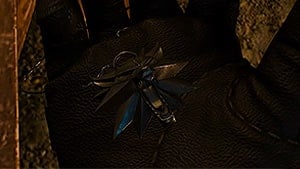 For this ending, you would need to make negative choices throughout your playthrough in relation to Ciri. It is important that during Blood on the Battlefield, you go and see the Emperor, he will then attempt to pay you for bringing Ciri to him. You have to choose to accept the payment this time by selecting the dialogue "Definitely need it more than you." Ciri will then begin to doubt herself before she sets out to battle the White Frost.

In this ending, Ciri dies. A week after the events, Geralt returns to Crookback Bog to hunt down the Crone Weavess who had stolen Ciri's witcher medallion. Geralt defeats Weavess along with her allies, though Geralt eventually breaks down in grief upon retrieving the medallion. It'll then show Geralt sitting alone, remembering her. As the camera zooms out, dozens of monsters can be seen slowly swarming the area, leaving Geralt's fate unknown after the scene ends. 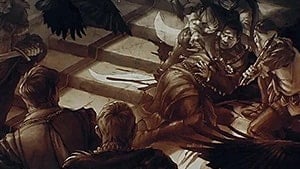 This ending for the Emperor will occur if you did nothing to help in the assassination of Radovid during the side quest A Deadly Plot, or if you sided with Dijsktra during the Reason of State. This will cause the Nilfgaardian empire to lose the war. With the people seeing how the Emperor is defeated and humiliated, the Nilfgaardians gain strength to overthrow the Emperor, with him going out at the hands of his people. 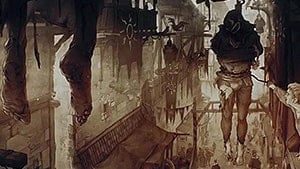 This ending for the Emperor will occur if you sided with Vernon Roche during the side quest Reason of State. This will cause the Emperor to successfully conquer the north, and once the invasion is complete he seeks out and eliminates all those who sought to betray him. 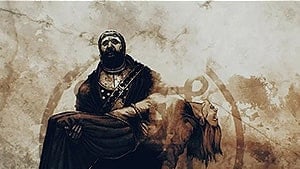 This ending will occur if you decided to kill the spirit during the quest The Whispering Hillock or save it by doing the quest before starting Ladies of the Wood. The Bloody Baron will then rescue his wife during the quest Return to Crookback Bog. His wife will be in shock, but the Baron vows to get her help in the far-off Blue Mountains.

The Bloody Baron Hangs Himself 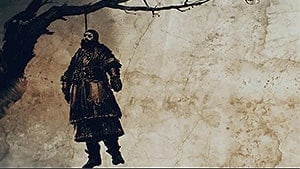 This ending will occur if you decide to free the spirit during the quest The Whispering Hillock. This will result in a foul curse being casted upon the Baron's wife during Return to Crookback Bog. Even after lifting the curse, his wife is too weak to survive, and upon her passing, the Baron hangs himself at a tree at Crow's Perch. 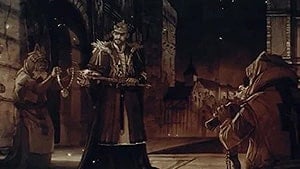 King Radovid will rule the North if you did not assist in the assassination of the Redanian King during the side quests A Deadly Plot or Reason of State.

Radovid was clearly insane, but he consistently proved to be a tactical genius, so he was able to defeat the Nilfgaardian invaders and push them back south. When the war ended, Radovid's men continued their purges for "Moral Renewal". Mages, non-humans, and even healers and pellars face persecution, if not worse. 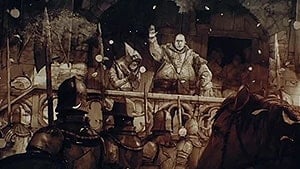 Dijsktra will rule the North if you assisted in the assassination of Radovid during the quests A Deadly Plot and Reason of State, and then sided with Dijsktra instead of Vernon Roche.

After Radovid's assassination, Dijsktra rose to power quietly, finally coming to light after winning the war against the invaders. Although his reign was successful, his focus on industrialization to consolidate power was so similar to that of the Nilfgaardian invaders that it discouraged many of his new subjects. 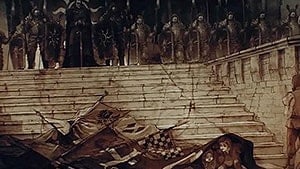 The Emperor will rule the North if you've completed the quests A Deadly Plot and Reason of State while assassinating Radovid and then siding with Vernon Roche.

With Radovid gone, his army lost its best tactician. Without the king's strategic guidance, the Redaian forces allowed Nilfgaard to take over their lands. However, thanks to the relentless efforts of Vernon Roche and his Blue Stripe commando remnants, the Emperor did not want to continue losing his assets to the guerrilla attacks and agreed to restore the lands formerly known as Temeria. 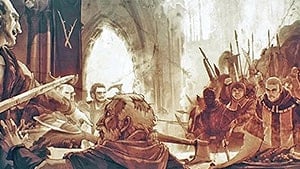 Bran will rule the Skellige Isles if you completely ignored the quests Clan an Craite and King's Gambit.

The young ruler of Skellige remains in power, abolishing all individual kingdoms in favor of a centralized governing force. This is done mostly through bloody conquest where many citizens are executed in the name of progress. 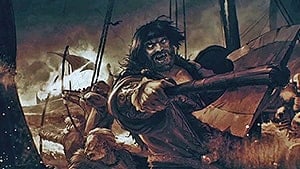 Hjalmar will rule the Skellige Isles iff you've completed the side quests Clan an Craite and then sided with him during King's Gambit.

The people of Skellige continue to raid the mainland coast. Every spring, Hjalmar's crew will fight and die against the Nilfgaard soldiers. 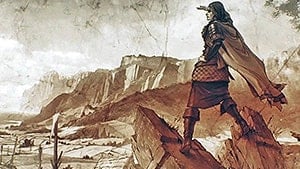 Cerys will rule the Skellige Isles if you've completed the side quests Clan an Craite and sided with her during King's Gambit.

Skellige will see a new peace and prosperity under the rule of Cerys an Craite. She rules with purpose and cares about the comfort and safety of her people above all else. However, Skellige's feared coastal raids have been called off, and it's something either the Northern Realms or Nilfgaardmight ponder on.