Twisted Firestarter is a Quest in The Witcher 3: Wild Hunt.


"There were only a handful of non-humans in White Orchard. One of them was the dwarf Willis, an excellent blacksmith whoses wares attracted peasants from far and wide. Sadly, his forge had burned to the ground shortly before Geralt arrived. Willis suspected the fire had been started deliberately and asked the witcher to investigate the alleged arson."

A fairly easy quest to complete for new levels you will be using your Witcher Senses throughout the quest to find the trail of the arsonist.

To begin, after you have had conversation with Willis head to the back of his burned down smith and use your Witcher Senses to locate the trail the arsonist left there. Follow it to the river where the trail will end by an abandoned boat. Head under or around the bridge to its other side and use your witcher senses to find a group of rocks highlighted. Analyzing this will summon three Drowners that you will need to fight before progressing.

Due to the level of the drowners themselves your best bet is to use Igni or Aard from a distance in order to inflict damage on the drowners. If they rush to attack you quickly dodge their attack and punish it with a strong attack, whichever blade your choose to use will suffice in fighting them. Keep repeating said tactic till all three are dead, and make sure they don't surround you!

After this uses your senses to continue to follow the arsonist trail to their home. Once there you will need to locate the arsonist who has hidden themselves away in a room to the left of the entrance. Talk to the man, once you do you will initiate conversation with him and be led to the choice of accepting money in exchange for letting him go or turning him in to Willis. Depending on your choice you will either be rewarded a sum of money right there or later on after you have taken the arsonist back to WIllis.

If you decide to decline the money from the arsonist he'll initiate a fight. You can either influence him to calm down and come with you or you can fight him hand to hand. It's worthwhile using the influence option as he's hits hard and defends well. If you want to fight him, dodge, parry and riposte him. 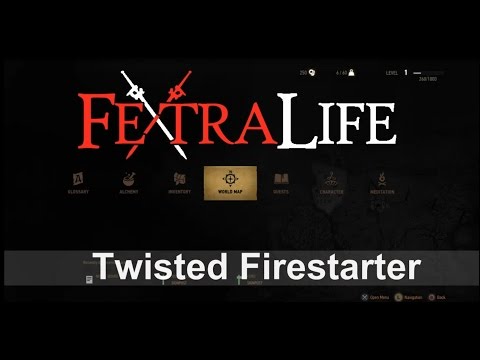