Contract: Woodland Beast is a Contract in The Witcher 3: Wild Hunt. You can pick up this quest on the Notice Board south of Border Post.


"Monsters, like men, each have their own individual tastes and preferences. According to legend, dragons like to savor the delicate notes of virgins, while ghouls delight in the powerful flavors of rotting flesh. In the woods outside Novigrad, meanwhile, a beast had cropped up with a predilection for Redanian transport wagons. Not surprisingly, the captain of the nearby guardpost did not appreciate this culinary choice and put out a bounty on the monster's head."


After tracking the "woodland beast" the soldier wants you to find to a hill guarded by some Drowners you are confronted by an elf archer. He will ask you want you are doing and depending on your choice of dialogue:

You will either be attacked (dialogue choices B and C) or you will be asked to drop your weapons and follow him. Again depending on your dialogue you can either agree to remove your weapons or you can refuse (the latter will result in an attack). If you solve this quest with violence and kill the elves the quest will be completed can you can go back to the commander and receive your reward (which is a few crowns and a travel pass). If you speak will the elves and decide to leave them be you receive a reward (some silk, chest and pant armor, wolf pelts, and some herbs) and then return to the commander to either tell him elves are involved or lie. If you lie you don't get the traveler's papers, however you acquire some from the The Bloody Baron during the main story missions or from an NPC near the notice board north of Hanged Man's Tree and south of Border Post. 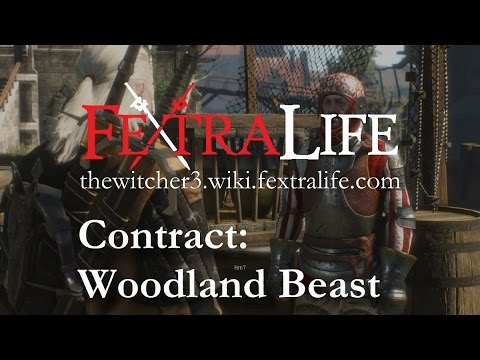